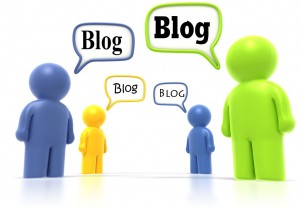 California’s lack of statewide groundwater policy is insanity, says the Water Wired blog:  Overdraft in the Central Valley is no secret, Aquadoc Michael Campana points out:  ” … California refuses to do anything substantive about the subsidence issue. It lets local districts handle groundwater management. There is nothing wrong with this but without some kind of statewide oversight it is a fruitless endeavor. The state’s approach is a great example of “California Dreamin‘” and the operational definiton of insanity. … “  Read more from the Water Wired blog here:  Insanity, California Groundwater, Yogi Berra, and The Mamas & The Papas

How prepared is California for another dry year? Depends on your location, says Doug Obegi: Metropolitan Water District has been doing its part, notes Mr. Obegi: ” … By reducing reliance on the Delta, improving water use efficiency, and investing in regional water supplies (and storage), Southern California shouldn’t face water shortages if 2014 proves to be a third dry year. Other areas of the state, which haven’t reduced reliance on the Delta, haven’t built their own storage to save water for future dry years, and haven’t invested as much in conservation and local supplies, may not be as well off. This illustrates the wisdom of the 2009 Delta Reform Act’s establishment of state policy to reduce reliance on the Delta and invest in conservation, recycling, stormwater capture, and other local supplies to increase regional self-sufficiency. … ” Read more from Doug Obegi at the NRDC Switchboard blog here: Is California Prepared for Another Dry Year? It Depends…

State Senator Andy Vidak says 5% water allocation is unconscionable: The fourth generation farmer representing Kings County and portions of Fresno, Kern and Tulare counties, told Cal Watchdog blogger writes: ” …“A five percent water allocation for our Valley is unconscionable; it will wipe out any hope of a thriving agriculture community and the jobs it brings,” Vidak said. While Vidak said California has had two dry years, the Central Valley is suffering under the San Joaquin River Restoration Program, a federal program to restore flows to the San Joaquin River from Friant Dam to the confluence of Merced River, in order to restore Chinook salmon in the river. “Billions are being spent on dry salmon runs,” Vidak said. “We’re spending $2 million to $3 million per fish!” … ” Read more from the Cal Watchdog blog here: Vidak warns: Water water everywhere, nor any drop to drink

Westlands told to pony up more cash, says the Chronicles of the Hydraulic Brotherhood blog:  Lloyd Carter attends a Westlands workshop and reports:  ” … DWR Director Mark Cowin told Westlands directors DWR will need $500 million over the next three years to finance pre-construction engineering and other studies while the BDCP undergoes expected court challenges by environmentalists and Northern California/Delta farming interests.  The BDCP document now runs over 30,000 pages.  Westlands directors should decide by January 2014 if they wish to opt in, Cowin said. … ”  Get the full scoop from the Chronicles of the Hydraulic Brotherhood blog here:  Westlands officials ponder big buy-in on Bay Delta Conservation Plan

Seismic upgrades to the state’s water conveyance system is a mature choice, says the BDCP blog: “As California has matured as a state, we continue to take well-conceived steps toward lessening our potential for harm from earthquakes. Updating building codes ensures our homes, offices, and places we shop stay structurally sound and that public safety is prioritized. Bridges are upgraded or replaced, hospitals reinforced, and our infrastructure is armored against catastrophic failure. Take for instance, upgrades to one of the Bay Area’s primary water conveyance, the Hetch Hetchy Regional Water System. About $4.6 billion will be spent to seismically upgrade the aging system. For the 2.5 million people it serves, that works out to about $1,840 per individual. When you take into account having access to fresh water versus not, the investment value seems evident. The 25 million Californians who get some or all of their water from the Sacramento-San Joaquin Delta face a similar risk. … ” Read more from the BDCP blog here: Mature Choices for a Mature State

Governor Brown’s prior “small is beautiful” legacy could sink water plans: During Governor Brown’s first term in office, one of his central planks of his political platform was “small is beautiful,” writes the Cal Watchdog blog: ” … Fast forward to 2013, and Brown is poised to push through his more than $50 billion package of big water projects: a Delta Twin Tunnels Plan, a Delta Conservation Plan, a Delta Levee improvement project, and a downsized statewide water bond requiring voter approval. One of the surprising changes in public opinion that may present an obstacle with voters to Brown’s water plan is the “small is beautiful” movement that paradoxically he made popular with many Californians. … ” Will it sink Governor Brown’s tunnel plans? Read more from the Cal Watchdog blog here: Will Gov. Brown’s ‘small is beautiful’ sink water plan?

Groundwater and river restoration:  John Fleck at the Inkstain blog has a new book for his wishlist:  “I’m looking forward to Requiem for the Santa Cruz: An Environmental History of an Arizona River

, a forthcoming University of Arizona Press book by Robert Webb, Julio Betancourt and colleagues. While we spend a lot of time talking about how to return water to rivers in the arid southwestern United States, this group of authors is entertaining a more subtle point – it’s not just about the water flowing in the river, it’s about the groundwater beneath ... ”  Read more from the Inkstain blog here:  River restoration – it’s all about the groundwater

Where are the Kennedys? Families Protecting the Valley pays tribute to the anniversary of JFK’s passing by re-running a newsletter article from last year: ” … There’s something about this article that sticks out, something that we wouldn’t see today. You have President John F. Kennedy, a Democrat, and Representative B. F. Sisk, a Democrat, and Governor Edmund G. “Pat” Brown, a Democrat, working together to build a water project. What’s wrong with this picture? JFK’s speech is inspiring, a bipartisan support for growing food and jobs for Americans. Why do we no longer hear this from the Democrats? So much of what JFK said that day is applicable today. It would be nice to hear from some of our leaders what we heard from him that day, that new water storage was for the betterment of our Valley, our State, our Nation, and for all around the world who are fed by the agricultural bounty produced. … ” Read more from Families Protecting the Valley here: Where are the Kennedys?

Kennedy’s last speech in California: Alex Breitler remembers JFK by posting this video: ” … Seven weeks before he was killed, the president dropped in on Shasta County to dedicate Whiskeytown Dam, the last piece of a project to divert the Trinity River from its own native watershed into the Sacramento Valley. Today, diverted Trinity River water flows down the Sacramento River into the Delta and is pumped south to farmers on the west side of the San Joaquin Valley. … ” More from Alex Brietler here: Kennedy’s last California speech

Legal Planet’s Dan Farber rethinks climate change adaptation:  “I’ve spent a lot of time and energy talking about the need to adapt to climate change, but I’ve also become increasingly uneasy about “adaptation” as a way to think about the situation.  One of the things I don’t like about the term “adaptation” is that it suggests that we actually can, at some expense, restore ourselves to the same position we would have been in without climate change.  For any given amount of climate change, we can do things that decrease the resulting harms (at a cost), but we can’t eliminate those harms.  Adapting to climate change is like “adapting” to a serious chronic disease — you can get by, with luck, but it’s still not like being healthy. But there’s also an important conceptual issue. … “  Continue reading at the Legal Planet blog here:  Rethinking “Adaptation”