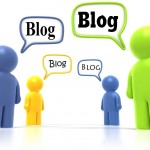 In this installment, bloggers look at ways to increase water supplies, timely rain in the Southwest, environmental protection efforts, and conflicts brewing in the courts and public agencies.  Meanwhile, other bloggers check our watering habits, recap pending legislation, consider the Colorado River Compact, and contemplate how the media covers droughts.

Increasing supply
Tom Finneran: Water, Water, Everywhere – More Precious Than Gold
Former Speaker of the Massachusetts House Tom Finneran offers the western US some lessons for dealing with water supply.  He points to the success of the Quabbin Reservoir in western Massachusetts as an example of a relatively modest but very successful water supply project, one that could be replicated in the West.  He also proposes grander solutions, such as piping water from northern states, arguing that if we can pipe oil hundreds of miles, surely we can do the same with water.

How Clean Is Recycled Water?
Former Santa Clara Valley Water District member Pat Ferraro says that water recycling is a relatively cheap and easy way to recharge the groundwater supply in Silicon Valley.  By tapping into the 150 million gallons of wastewater that flow into the San Francisco Bay each day, the Valley could produce clean water to slow the infiltration of salt water into the Delta.

In the 1960s California had a serious plan to take water from Alaska
Alissa Walker, writing for the Factually blog, recounts the North American Water and Power Alliance (NAWAPA) proposal from the 1960.  NAWAPA was a massive plan to bring water from Alaska over the Rocky Mountains to Canada, the United States, and Mexico.  It was billed as a continent-scaled solution to a continent-wide water supply program, and gained backing from prominent politicians in the US and Canada.  Ultimately, environmental concerns scuttled the project, but it has been revived as NAWAPA XXI by Lyndon LaRouche, a controversial political figure.

Rain Relief
Is the End of the Texas Drought Near?
Recent heavy rains in Texas have provided some much-needed relief, but Hydrowonk Blog’s Rodney Smith, Ph. D notes that experts are divided about whether this means a longer-lasting wet period is here. Smith focuses on measurements from Well J-17, one of the key monitoring points for the San Antonio Pool, a major groundwater source. While the September rain brought the well out of a Stage 5 (most severe) shortage, it is unclear how much more rain will be necessary to continue to raise the well water elevation.  Smith concludes by inviting readers to make their own prediction at the Stratecon Water Policy Marketplace.

Drought-quenching rains extend irrigation supply
New Mexico’s Middle Rio Grande Conservancy District escaped the summer months without using up its supply of water for irrigation, an outcome nobody expected earlier in the year.  John Fleck writes that a wetter-than-average summer helped make up for a dry winter and allowed water managers to stretch their supplies through the summer, providing water for farmers and fish alike.

Environmental Protection
A persuasive case for saving the Salton Sea, California’s biggest lake
University of Redlands professor Tim Krantz tells Patt Morrison of the LA Times that the Salton Sea is in trouble, and taking action now will be cheaper than the consequences if it continues to dry up.  Under an agreement set to take effect in 2018, the Imperial Irrigation District will begin selling water that currently finds its way into the Salton Sea to San Diego.  If the Sea dries up, it will affect property values in the Coachella Valley, crucial bird habitat, and could release pollutant-laden dust.  Potential solutions include connecting the Sea to the Gulf of California, funded by increased geothermal energy generation in the area.

Strip Mining Proposal for Wild and Scenic Smith River Denied
Amber Shelton, writing for the EPIC blog, says environmental advocates helped defeat a mining company’s proposal to pull water from a tributary for the Smith River in Oregon.  The Oregon Department of Water Resources denied the proposal, which would have used over 14,000 gallons per day from the river, because it was against the public interest and potential harms could not be mitigated.

Conflicts and controversies
What a Difference a Word Can Make: The US EPA, “Other” Waters, and the Debate Over the EPA’s Role in Water Quality
Hydrowonk Blog’s Jeff Simonetti looks at the controversy surrounding the proposed rule change updating the definition of “waters of the United States” as it applies to the Clean Water Act (CWA).  One type of water that is categorically subject to CWA jurisdiction is “navigable” waters, though as Simonetti points out, once that label has been applied, it applies in perpetuity, regardless of the current state of the water.  Thus, 60 dry miles of the San Joaquin River still count as navigable, despite the absence of flow.   However, the real controversy over the proposal stems from a clause making all waters adjacent to categorically jurisdictional waters also subject to the CWA.  This has drawn the ire of farm groups, while gaining support from environmentalists, though some would like the rule to be more expansive.

Water, water everywhere – in California courts
With less water to go around, courts have been busy sorting out disputes.  This post from the Pacific Legal Foundation highlights some of the water issues they have raised in court, including whether the public trust doctrine applies to groundwater and how much power the California State Water Resources Control Board has to limit water rights without hearings.

How Residents of a Rural New Mexico County Fought the Fracking Barons and Won – for Now
Nina Bunker Ruiz tells the story of Mora County, NM, which in 2013 passed an ordinance banning fracking in the county.  The county is now facing two lawsuits from oil and gas companies, placing the tiny community at the center of the fight between corporate interests and community-based governance.

Discussing California’s Drought: The “Porterville Problem”
The story of Porterville, the Tulare County community that has run out of water, reappeared on the national scene with a story in the New York Times.  John Fleck argues that an important story that gets overlooked is the fact that Porterville is the exception, not the rule, despite the severity of the drought. Even though the media tends to gravitate toward the worst-case scenario, talking more about communities that have avoided catastrophe may yield important information about how to improve drought resilience.

California Senators Introduce Legislation To Help Ease the Pain of Drought
Gina-Marie Cheeseman breaks down the Water in the 21st Century (W21) bill introduced by California Senators Dianne Feinstein and Barbara Boxer over the summer.  Among the bill’s provisions are funding for the EPA’s WaterSense efficiency rebate program and a new grant program for local water conservation efforts.  It also dedicates money for loans to finance groundwater infrastructure and management projects.

Wayne Kirkbride: In Southern California, they don’t care about drought
While some communities have been forced to take extreme measures to save water, others seem oblivious to calls for conservation.  On a recent trip, Wayne Kirkbridge found that La Mirada, in Los Angeles County, falls into the latter category.  The city’s only recent conservation ordinance is a ban on daytime watering, and enforcement is convoluted and lacking. Kirkbridge criticizes this lack of action.