The judgement established an initial safe operating yield of 145,000 acre-feet annually, and divided it among three classes of users:

Water market activity generally occurs in the form of annual leases among members of the Appropriative Pool. The watermaster records two additional types of transfers: 1) transfers that are recorded as the manner of utilizing water company shares and 2) exchanges for water from another basin. These transfers are excluded from JOW’s analysis because they are administrative—not water market—transactions. 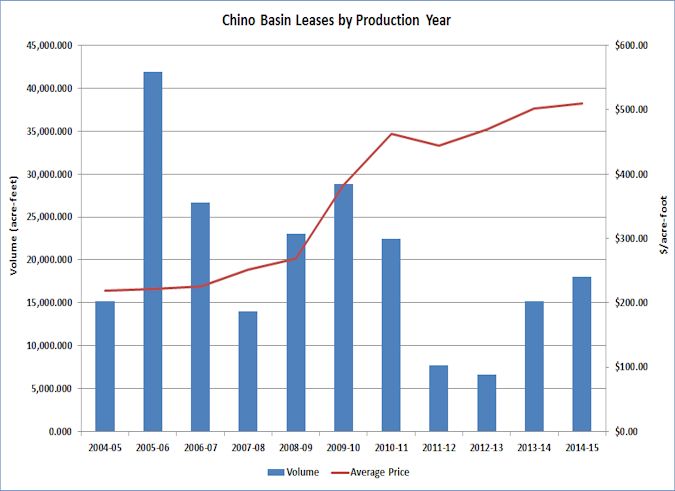 The trend suggests that leasing will pick up in the short-term if El Niño materializes as forecasted. In addition, the Chino Basin Watermaster is currently overseeing the finalization of a Safe Yield Redetermination and Reset Agreement, which is currently being circulated for signatures. Once implemented, water market activity could pick up as Appropriators seek to meet water supply needs and offset over-pumping under the new safe yield determination.