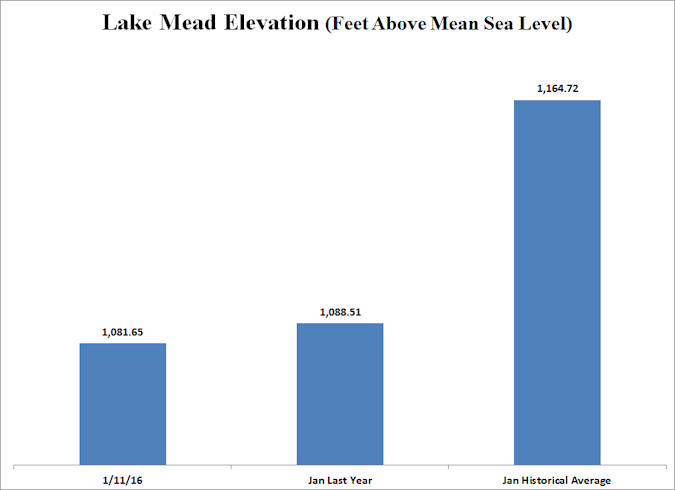 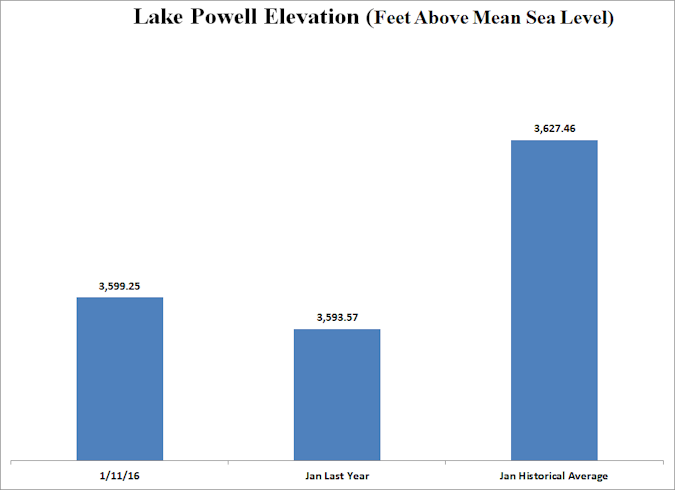 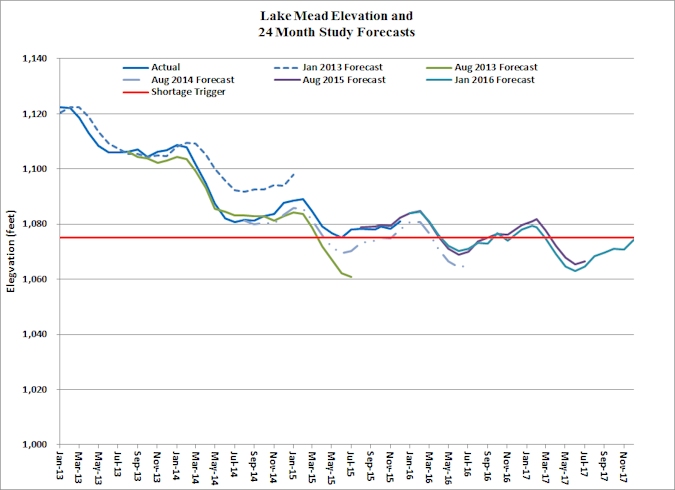 Lake Mead: The January 2016 24-Month Study projects that Lake Mead’s January 2017 elevation will be 1,079.23 feet, or 4.32 feet above the trigger elevation for a declaration of a shortage condition for 2017.  The trend continues toward increased shortage risk in the Lower Colorado River Basin, perhaps as early as 2017. 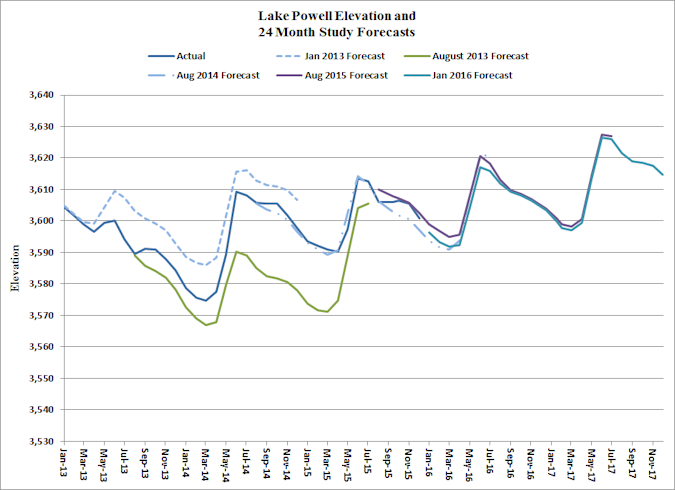 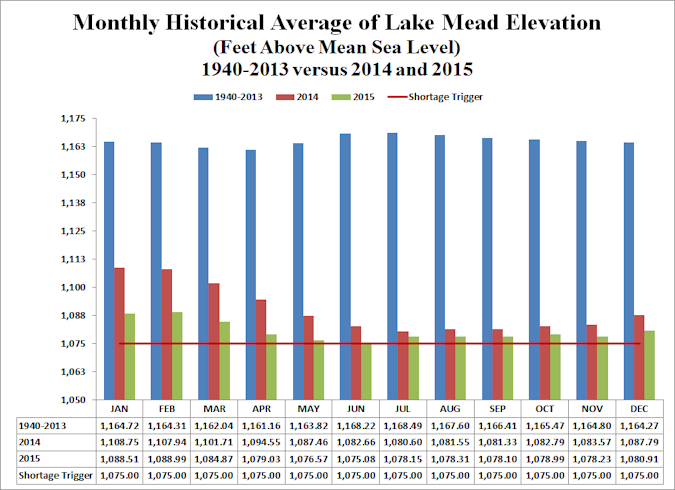 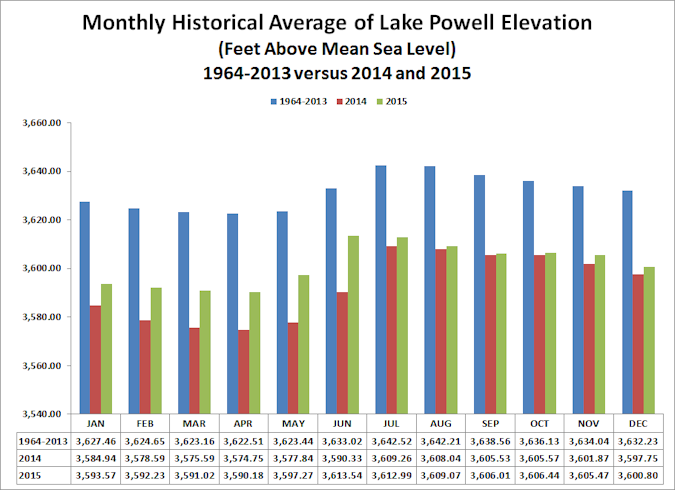 Lake Powell: Monthly elevations in 2015 are higher than in 2014 (although the differences are declining in recent months) but remain about 30 feet below historical monthly average elevations.