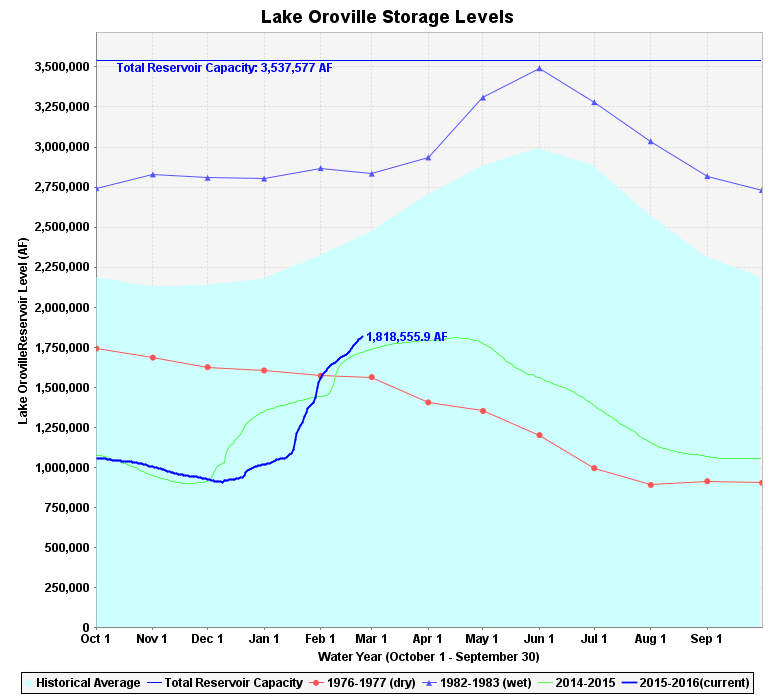 Over the month of January, Lake Oroville, the primary storage reservoir for the California State Water Project, continued to increase and ended the month at 43% of the reservoir’s total capacity or 66% of the historical average level for the date. The storage level of Lake Oroville now exceeds both last year and the 1976-1977 dry period (see chart).

Recent storms have been attributed to El Niño. Coming into the rainy season, forecasters assigned high probabilities to the likelihood of wet conditions in Southern California, and said that wet conditions are more likely than dry conditions in Northern California. But snowpack levels and the impact of El Niño conditions on storage levels—the primary factors affecting DWR’s SWP allocation—remain in question, and forecasters say the weather phenomenon has peaked. DWR announced an initial SWP allocation of 10% on December 1, 2016, and after two increases on January 26th and February 24th, the allocation is now 30%.