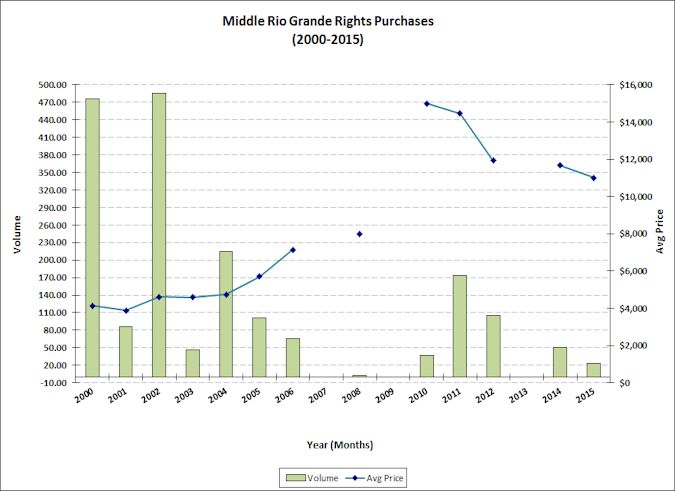 While prices are down compared to recent years, they are still up compared to historic levels. Prices began increasing in 2002, when a drought emergency prompted a jump to $4,763/AF from a range of $3,700/AF to $3,800/AF prior to the drought declaration.