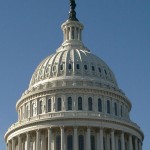 Six of the seven Colorado River Basin states are considering plethora of bills with water project funding, planning and management, and transfers topping the list of subjects.  Nevada is not in session this year.

Arizona
So far, Arizona has only two notable water bills on the docket.  HB 2326, sponsored by Representatives T.J. Shope (R-Coolidge) and Ethan Orr (R-Tucson), would allow the Arizona Water Banking Authority (AWBA) to purchase long-term storage credits.  Under current law, ABWA can “accrue” credits, but it is not specifically authorized to purchase them.  ABWA was established in 1996 with a purpose of increasing the state’s use of its Colorado River entitlement by storing unused Colorado River water.  The stored water is used to meet demands during water shortages, help the state fulfill water management objectives, and provide a supply of water for use in Indian water right settlements.  HB 2326 is currently under consideration in the House Agriculture and Water Committee.

The second bill, SCM 1001, is a memorial urging the U.S. Department of the Interior to operate the Yuma Desalting Plant.  The plant was constructed to treat agricultural runoff from the Wellton-Mohawk Irrigation and Drainage District, which could then be used to meet delivery obligation to Mexico—allowing a like volume of water to remain in Lake Mead.  The plant has not been in continuous operation, pilot run in 2009 was completed successfully.  SCM 1001 passed the Senate with 29 ayes and 1 not voting.  It is not under consideration in the House Agriculture and Water Committee.

California (updated February 28, 2014)
The big news in California is the drought.  On February 19th, Governor Brown, Senate President pro Tem Darrell Steinberg and Assembly Speaker John Perez announced a legislative package to provide $687.4 million for drought relief.  The bills, SB 103 and SB 104, would appropriate $46.3 million from the General Fund to provide food and housing assistance for those that.  The remaining funding, which would come from Proposition 84, Proposition 1E, the Greenhouse Gas Emissions Fund and general appropriations, would support shovel-ready infrastructure projects that increase the reliability of local water supplies, fund programs to improve water use efficiency or reduce water use in various sectors, provide funding for groundwater management and deal with emergency water shortages.  Both bills were already in the Assembly Committee on Budget, but had not been acted upon since last summer.  Between February 24 and 26, they were amended to match the terms of legislative package.  The bills were passed in the Assembly and in the Senate on February 27.

Legislature has also concerned itself with the $11.14 billion water bond that is currently scheduled to be submitted to the voters at the November 4, 2014 statewide general election, with a total of 8 bills introduced during the session.

Additional bond-related bills would have reduced the funding to $6.475 billion (SB 42), declared the intent of the legislature to refocus and reduce the amount of the bond (SB 40), and called for a study on the need for state funding for water projects (AB 142 and AB 295) died under Article IV Section 10C of the California Constitution, which specifies that all bills that do not pass in the house of origin during the first year of the biennium can no longer be acted upon by the house.

The final bond-related bill, AB 1674, is a placeholder that “would declare the intent of the Legislature to enact legislation that would amend the Safe, Clean, and Reliable Drinking Water Supply Act of 2012.”

The final two bills deal with highly controversial issues.  AB 1671, which is currently under consideration in the Assembly Water, Parks and Wildlife Committee, would prohibit the Department of Water Resources from constructing the Delta tunnels unless specifically authorized by the legislature.  AB 1301, which died under Article IV Section 10C of the California Constitution, would have prohibited hydraulic fracturing.

Colorado
Colorado is considering a strong package of water bills this year, eight of which were previously reviewed. Of those original eight bills, SB 72, which would have required the state engineer and water court judges to treat out-of-priority groundwater depletions in certain districts, as fulfilled by the September 2013, was postponed indefinitely by the Senate Agriculture, Natural Resources and Energy Committee—so it is dead.   Also note faring well is HB 1028, which is intended to prevent the federal government requiring the dedication of water rights as a condition for the use of federal lands.  The bill passed in House on February 25th and is still active, but it was referred to the Senate the State, Veterans and Military Affairs Committee, aka the “kill committee.”

Two additional bills to water in Colorado are HB 1218 and SB 145.  HB 1218 would authorize a pilot project that would allow the use of surface water to replace out-of-priority groundwater diversions provided that both the surface water and the well have been decreed or permitted for use on the same parcel of land.  SB 145 would prohibit political subdivisions from requiring a minimum percentage of irrigated space and would require certain local governments to consider offering incentives for water conservation—specifically whether they should reduce taps fees if a develop commits to implementing water efficiency and conservation measures.

New Mexico
On Thursday, February 20, New Mexico’s 30-day legislative session came to a close. The biggest story of the short legislative session—which under the state constitution is dedicated to budgetary matters and items specifically authorized by the governor in even-numbered years—was the governor’s proposal to allocate $112 million for water infrastructure.  When all was said and done, appropriation was pared down to about $89 million. Despite the reduction Governor Susana Martinez was pleased with the outcome, stating that these expenditures would help to protect water quality, water supplies and economic growth throughout the state.

Some lawmakers expressed frustration that Gov. Martinez which projects she favored for the capital outlay.  Ultimately, legislators worked it out and came up with what Representative Jim Trujillo (D-Santa Fe) called a “well-vetted” package of water projects.

Four additional bills were considered but did not pass.  SB 16 would have provided a tax credit for installation of rain harvesting systems.   SB 138 would have appropriated funds to study water supply and demands under climate change.  The remaining two bills would have addressed the allocation of funds from the Arizona Water Settlements Act (AWSA).  SB 89 would have required that no less than $82 million of the $128 million in AWSA funding be allocated to non-diversionary projects.  SB 90 would have required that all funding for the New Mexico Unit be secured and guaranteed by beneficiaries of the project before a proposal for the Unit can be submitted to the Secretary of the Interior

Utah has two additional bills that appear to be technical or administrative in nature, but JOW will continue to monitor them.  SB 17 relates to the powers and duties of the state engineer and SB 211 addresses water change applications.

Wyoming
In Wyoming, SF 6 is the only major water bill.  It would specify how certain water rights hearings are to proceed, allow the state engineer to apportion the cost of water right hearings among the applicant or petitioner and the objectors, and state that certain applications may be subject to additional review by the board of control.