On December 1, California’s Department of Water Resources announced an initial allocation for the State Water Project (“SWP”) of 10% for most SWP contractors (four SWP contractors north of the Delta received 15% allocations). The initial allocation reflects current and projected hydrologic conditions, including California’s persistent drought conditions, as well as low storage in SWP facilities, SWP operational constraints under its water right permits, the Biological Opinions for Delta Smelt and Salmon, the Longfin Smelt incidental take permit, and the 2016 Contractor demands. As has been common practice for many years, SWP contractors submitted demands equal to the Table A contract amounts, totaling 4,172,786 AF. DWR cautioned that the allocation may be reduced if severely dry conditions develop. 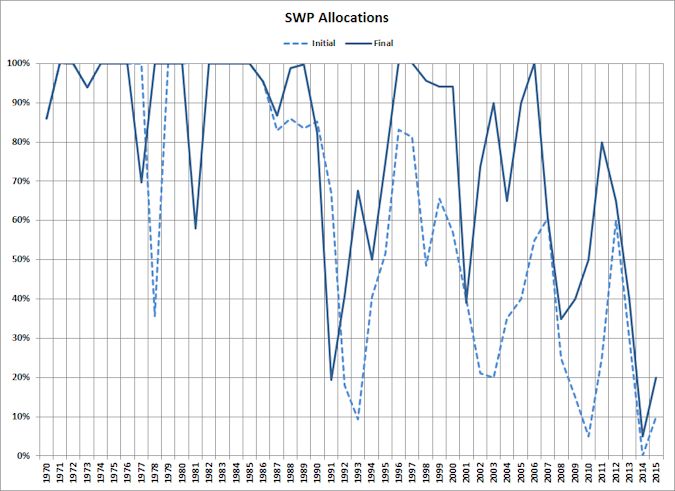 The period of 90%+ SWP Allocations corresponded to the scheduled build-up of the SWP (see build up chart). SWP Contract Amounts grew until 1990. Therefore, the relevant historical period for thinking about SWP Allocations going forward is the post-1989 record. After the Monterey Amendments to SWP contracts, SWP contractors now request their full contract amount each year. 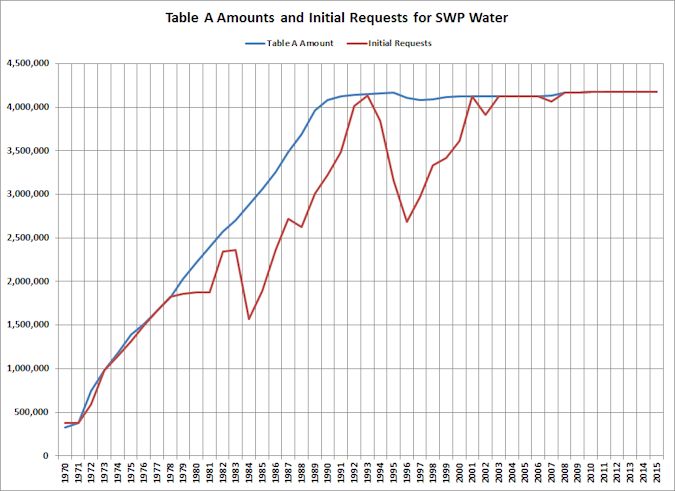 Department of Water Resources looks at a variety of factors in setting SWP Allocations. Two key factors is the amount of water in storage at Oroville at the beginning of the water year (October 1) and forecasted and actual precipitation and runoff. 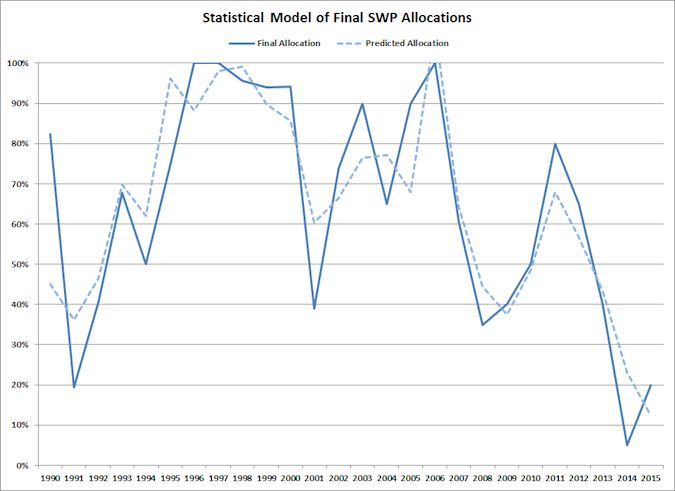 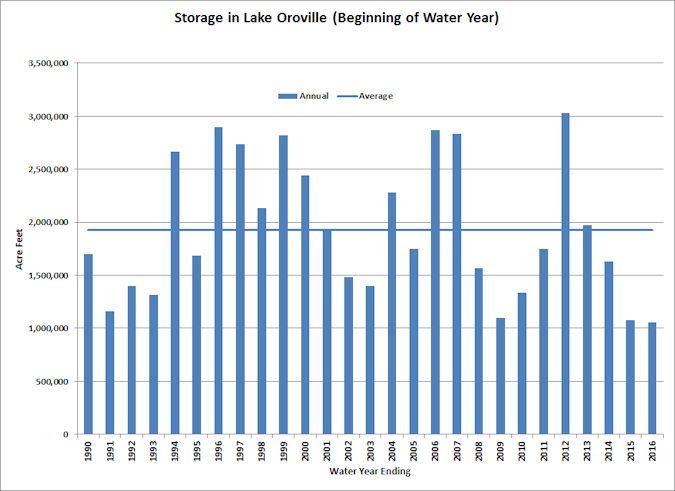 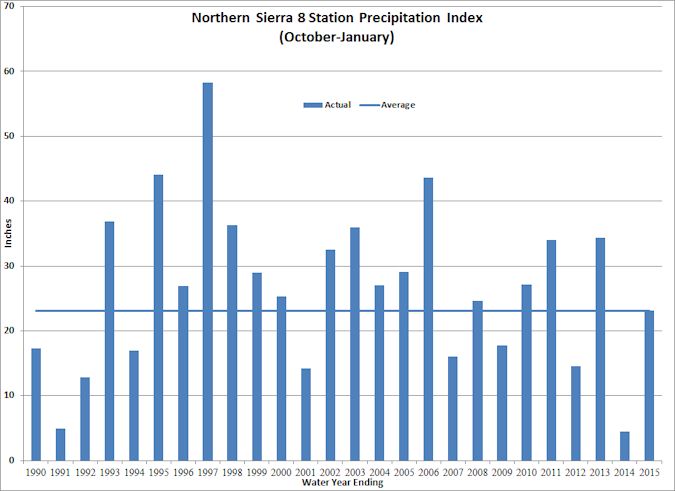 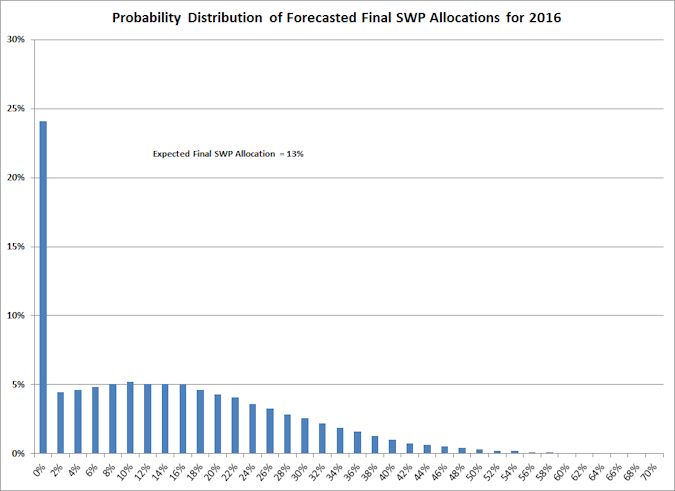 There are two wild cards to keep one’s eye on as we wait for the Department of Water Resources determination of the Final SWP Allocation for 2016.

First, there is the fickleness of Mother Nature. What will the precipitation be in the coming months?

In the end, there is much uncertainty surrounding the outcome. JOW will update the predictions monthly for actual precipitation in January through April.