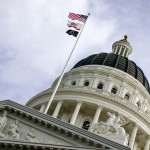 On September 25th, California Governor Jerry Brown signed two bills that are important for the state’s water resources. SB 1281 expands water reporting requirements for oil and gas well operators.  Operators are now required to report the amount of water they use and the amount of water that is generated during drilling.  They must also report how much recycled water is used in drilling operations, as well as how wastewater is treated.

According to Reuters, an earlier version of the bill was controversial because it would have allowed only the use of recycled water for oil and gas production during drought periods.  However, the final version of the bill went through the state legislature with little drama, passing the Senate 33-0 and the Assembly 72-6.

The bill was sponsored by Senator Fran Pavley (D-Agoura Hills), who also sponsored two of the three groundwater regulation bills that Governor Brown signed in September.  In a statement, Sen. Pavley said, “The public has the right to know about the oil industry’s use of limited fresh water supplies.” She also pointed out that while enhanced oil production uses over 80 billion gallons of water per year, and brought to the surface 130 billion gallons that were trapped underground, little detail is known about this water.

The second bill was also a Pavley bill, SB 985.  SB 985 updates the law governing stormwater resource plans (SRPs).  The law expands the scope of SRPs to include “dry weather runoff,” defined as runoff caused by irrigation and other human uses, rather than the direct effect of rain.  SRPs must use certain quantitative methods and prioritize maximal “water supply, water quality, and environmental and other community benefits.”  The law also requires SRPs to identify public land that can be used to capture stormwater.  With certain exceptions, it makes receipt of bond funding for runoff projects contingent on completeing an SRP.

According to Sen. Pavley’s office, stormwater capture could provide up to 630,000 acre feet of water.