While water continues to be scarce in California, there was no shortage of water-related legislation flowing through the Legislature at the end of the 2014 session.  In addition to the groundwater regulation bills and water bond, Governor Jerry Brown received and signed a number of bills tackling smaller pieces of the state’s water policy.

One such bill was SB 1420, sponsored by Senator Lois Wolk (D-Davis), which updates provisions relating to how municipal water providers report water use. The bill requires urban water management plans to report on the amount of water lost through the distribution infrastructure, and also requires that the reports be filed electronically.

Sen. Wolk said the new reporting requirements would shed light on how much water is lost from leaky infrastructure, allowing for the development of effective solutions.  Wolk added that current estimates show that up to 10% of water is lost in transit.

There has been a recent spate of highly visible water main breaks in Los Angeles, including two within the span of two days in Hollywood.  However, according to the state Department of Water Resources, many leaks are never detectable from the surface, resulting in up to 700,000 acre-feet of water lost each year.

AB 2401, signed on September 18, tackles above-ground water use in the form of landscape irriagation.  The bill, sponsored by Assemblymember Lorena Gonzalez (D-San Diego), encourages residential water conservation by preventing homeowner’s associations from enforcing rules that prohibit low-water landscaping.  It also prohibits homeowner’s associations from penalizing homeowners for cutting back on landscape irrigation when a state or local drought emergency has been declared. 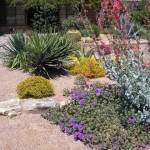 The bill easily gained the approval of both houses of the Legislature, passing the Assembly 64-5 and the Senate 34-0. Assemblymember Gonzalez said, “Allowing homeowners the freedom to use conservation-friendly landscaping is one important ingredient in reaching our goal of protecting our economy by saving water.”

AB 2401 is part of a larger effort to reduce watering statewide.  The average California household uses about 60% of its water on outdoor irrigation, making it a prime target for conservation efforts.  Many water agencies are offering rebates for efficient irrigation systems and for replacing turf grass with low-water landscaping, and over the summer the State Water Resources Control Board required local water districts to restrict outdoor watering activity.