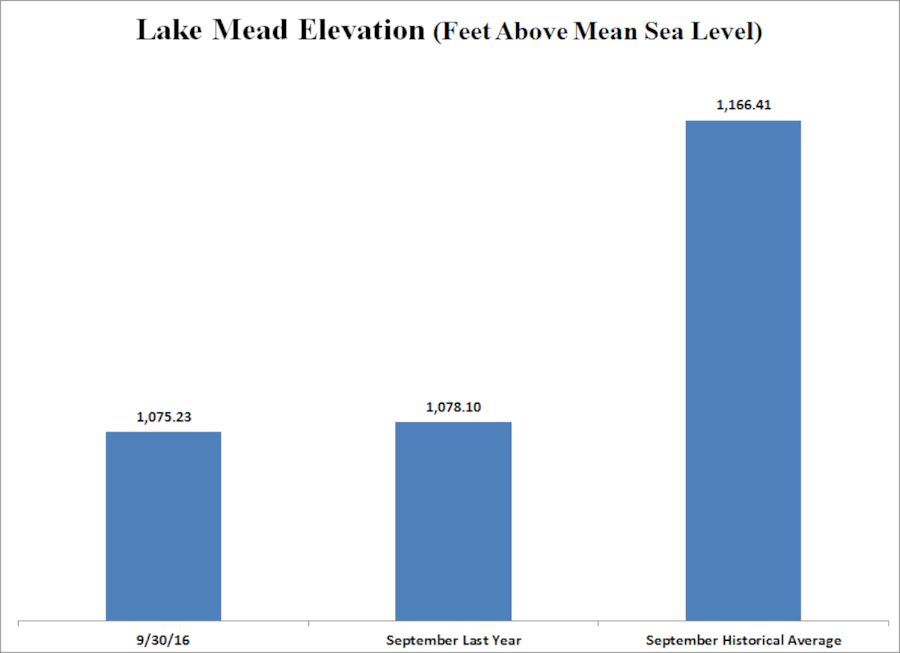 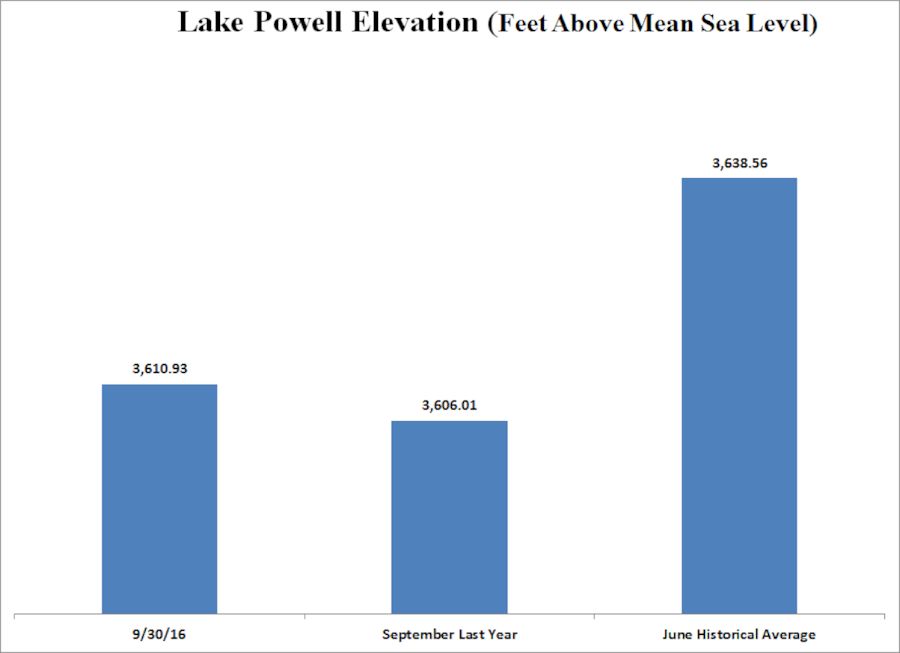 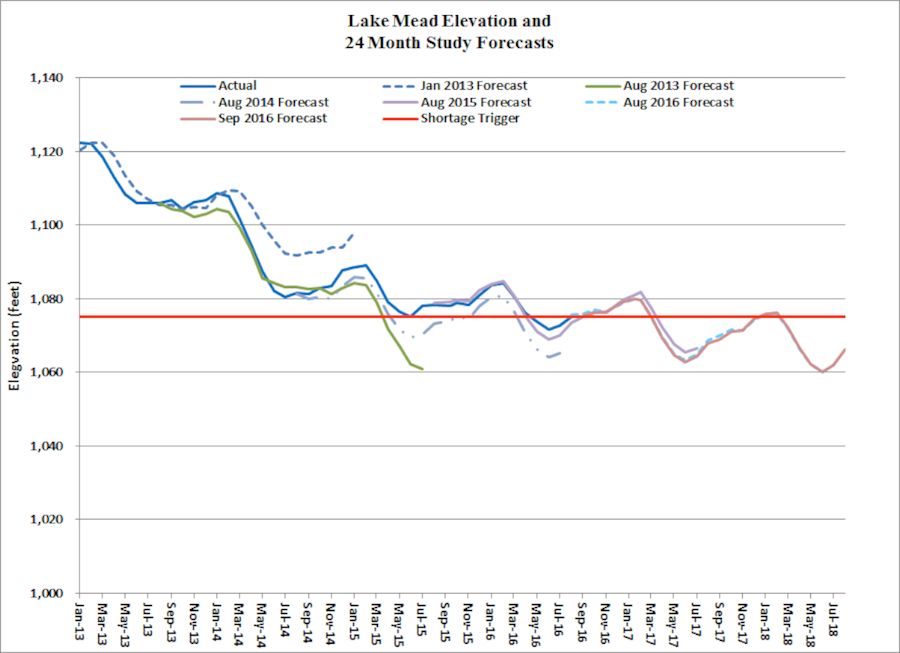 The continuing trend of progressively lower “highs” in successive winter elevations and lower “lows” in successive summer elevations belies a continuing downward trend in Lake Mead elevations. A Bureau of Reclamation briefing on Colorado River System Future Conditions 2017-2021 shows near even chances to a shortage declaration in 2018 and even greater chances in subsequent years. 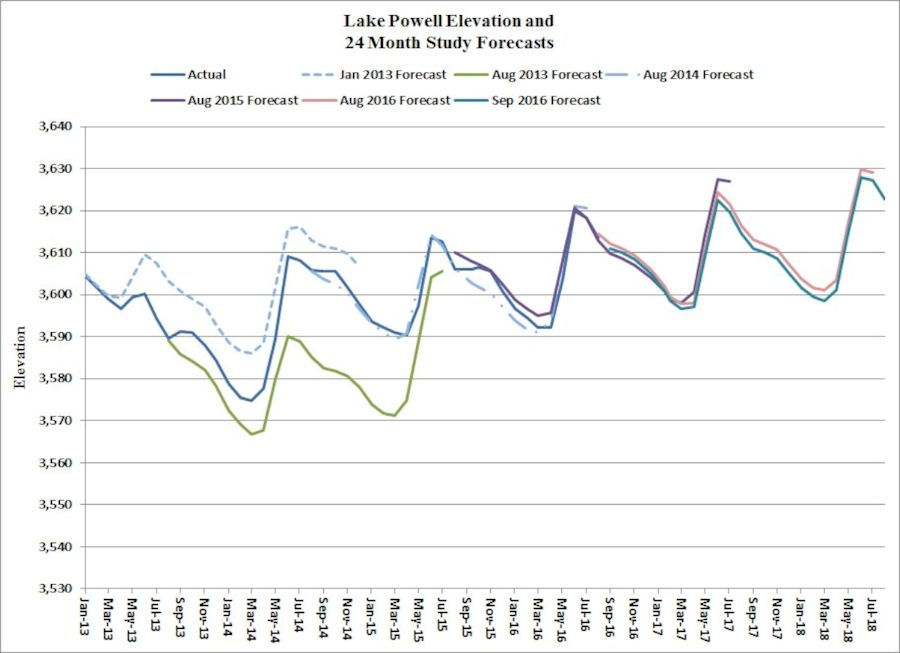 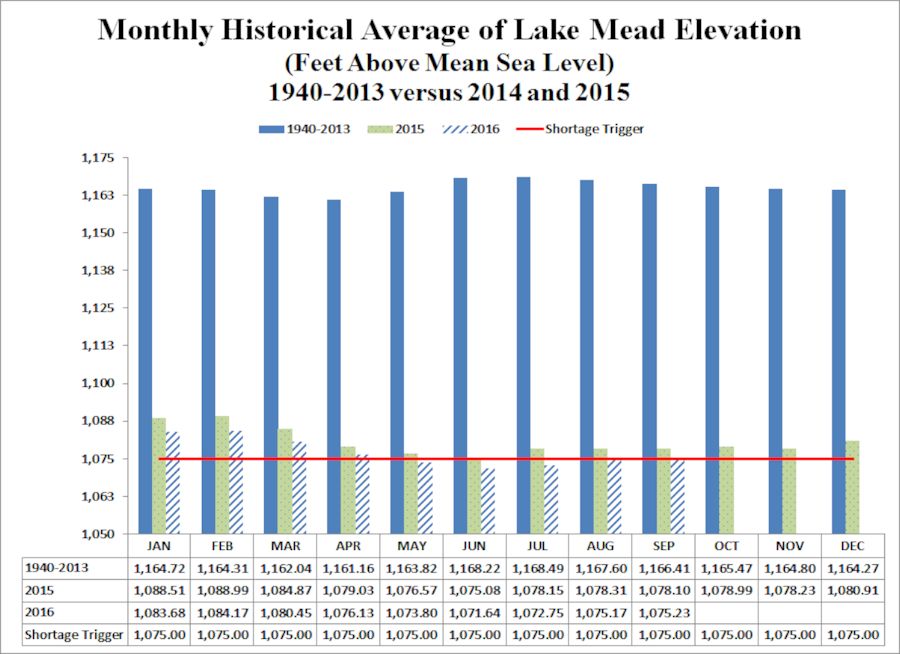 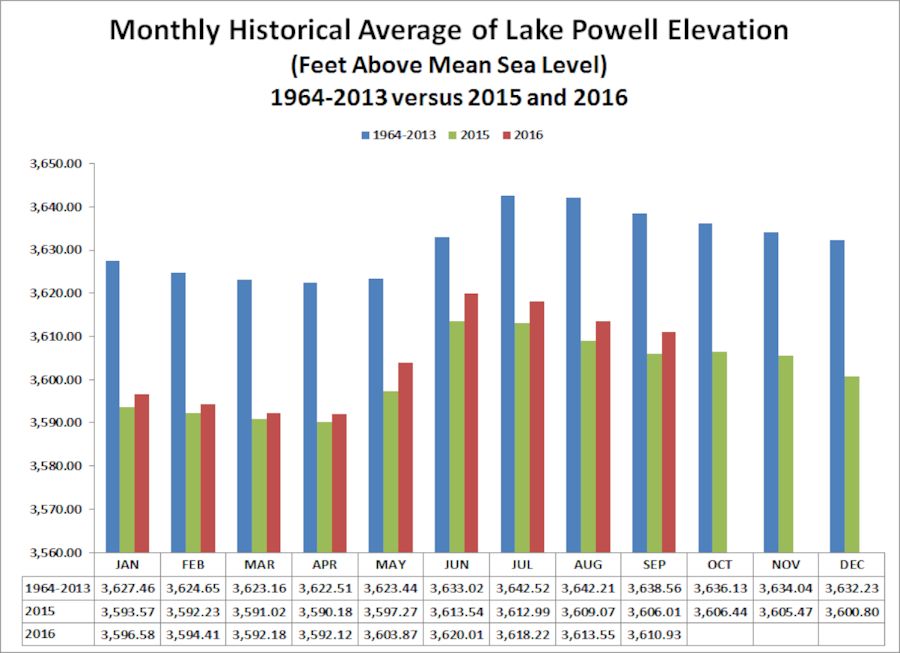 Lake Powell: Monthly elevations are running higher in 2016 than 2015 but are more than 20 feet below historical monthly average elevations.