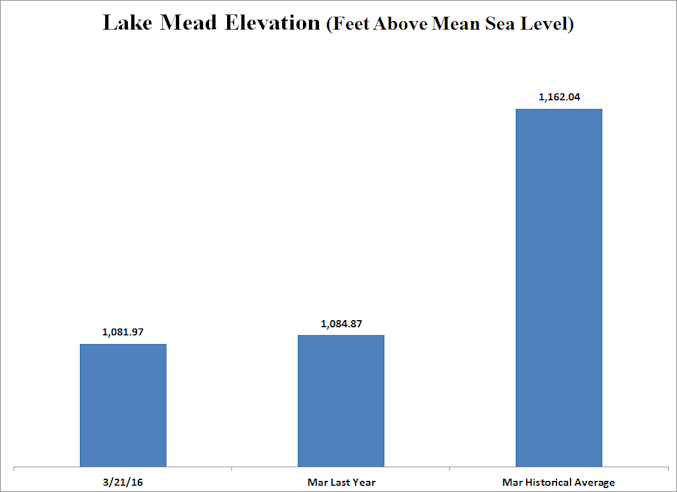 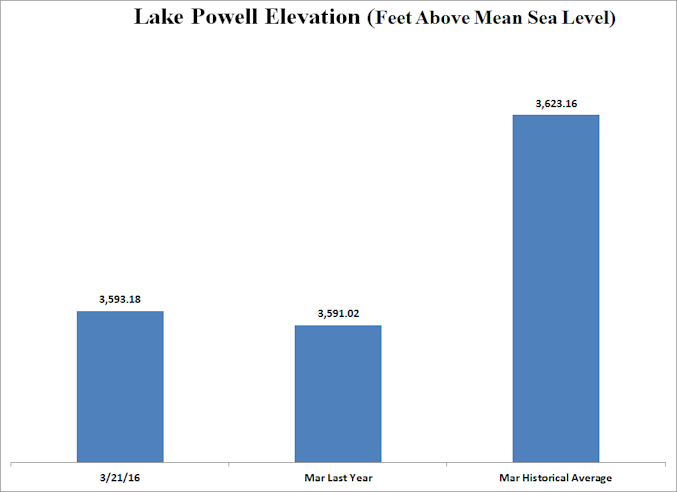 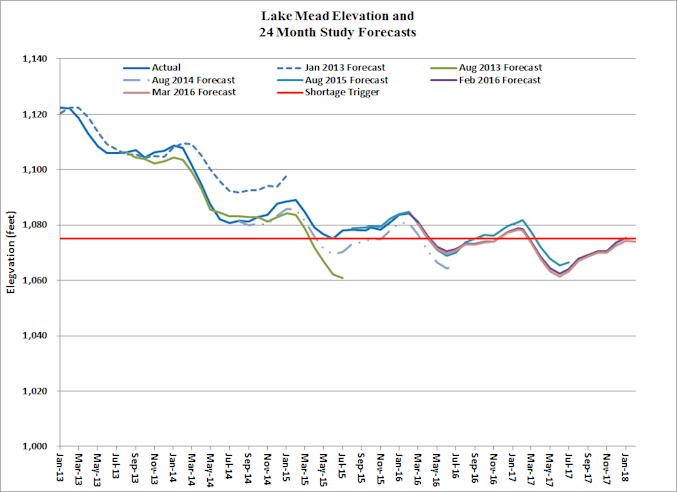 The March 2016 24-Month Study projects that Lake Mead’s January 2017 elevation will be 1,078.37 feet, or 3.37 feet above the trigger elevation for a declaration of a shortage condition for 2017.  The March 2016 forecasts for Lake Mead elevations are slightly below the levels forecasted last month.  The trend continues toward increased shortage risk in the Lower Colorado River Basin, perhaps as early as 2017. 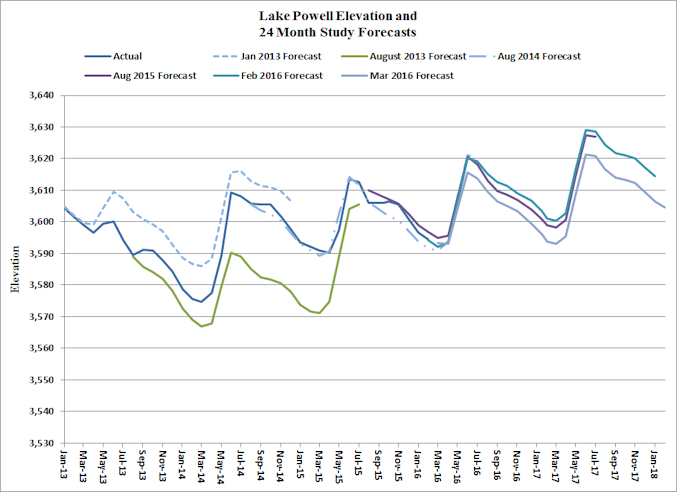 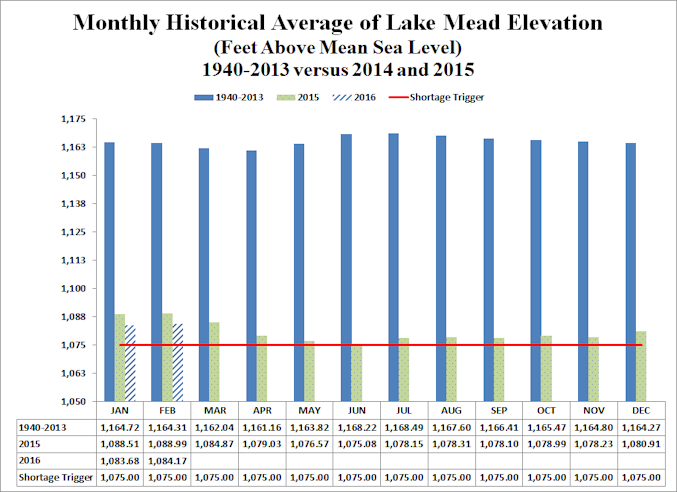 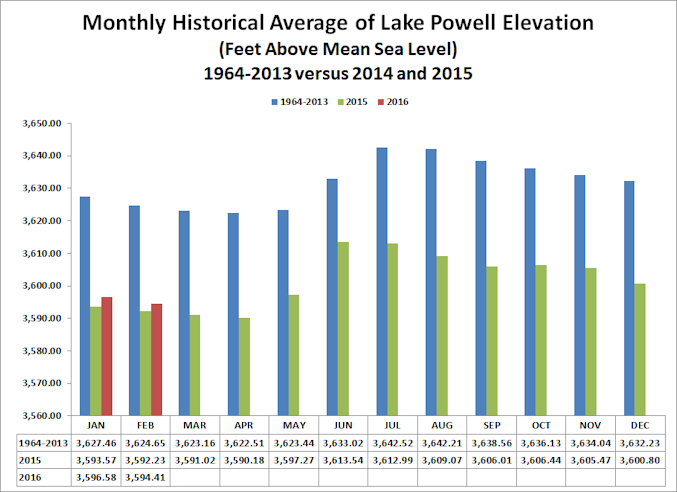 Monthly elevations in 2016 are higher than in 2015 but remain about 30 feet below historical monthly average elevations.