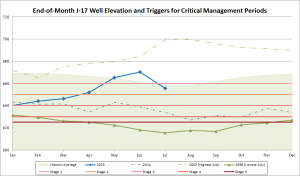 The deluge of rain in south Texas has ceased, and the San Antonio Pool of the Edwards Aquifer is feeling the impact.  The J-17 Well elevation quickly fell below the historical average, and after a two-month respite from all pumping restrictions, Stage 1 restrictions were imposed. Will the elevation continue to decline triggering additional pumping restrictions? 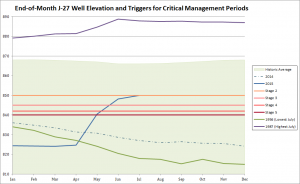