Even though the J-17 Well elevation dropped in June and July, it remained well above the historic average and resumed climbing toward the historic high through August and September (see chart). 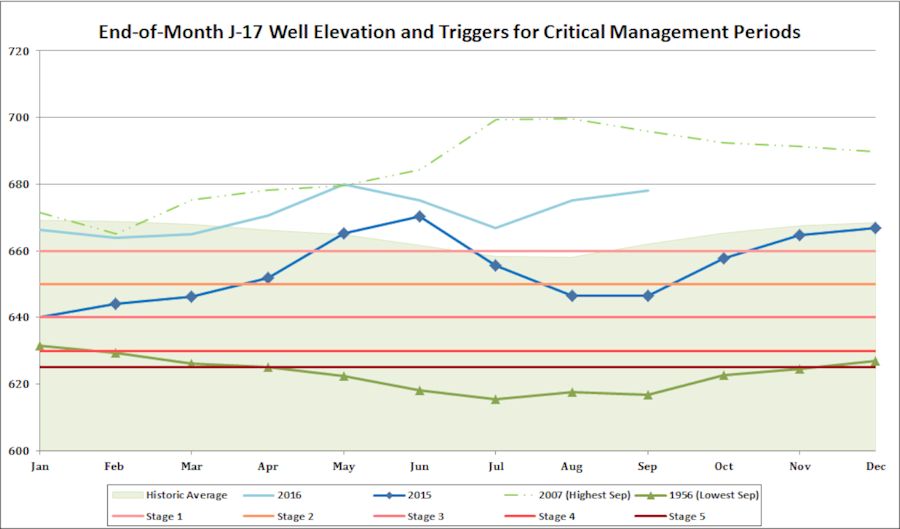 Over the third quarter, the J-27 Well continues its climb and is now above the historical average (see chart). 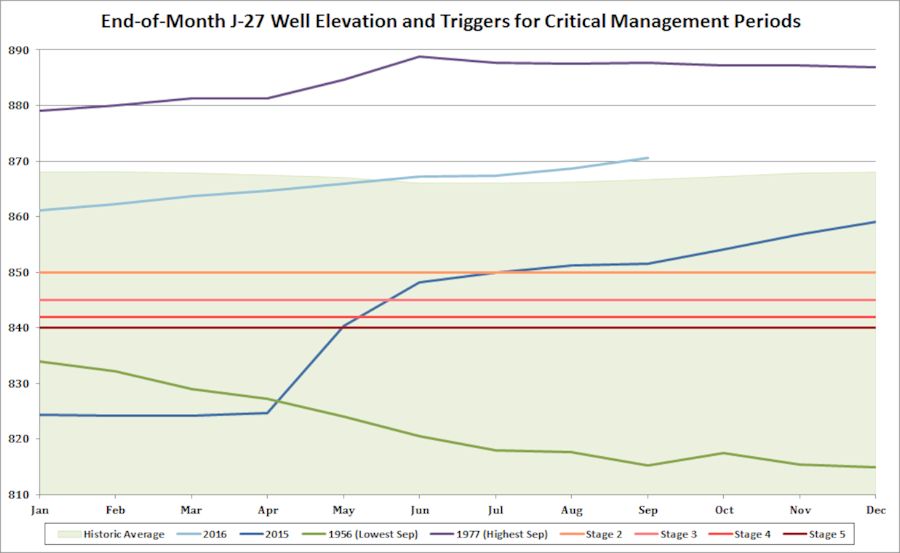 How long will the J-27 Well elevation continue to climb?