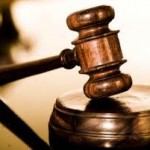 The 65-page tentative ruling addresses the bucket of legal theories involved in the litigation—Proposition 26, Proposition 218, Proposition 13, various sections of the water and government code and the common law.  The nuances are important to lawyers.

SWP Costs.  Judge Karnow basically rejected the inclusion of the bulk of SWP costs in the System Access Rate and System Power Rate used in the calculation of wheeling costs.  His discussion focuses on the fact that the SWP delivers SWP water to MWD and is not owned by MWD.  A cost causation test related to wheeling was evidently failed.  He did not rule out the possibility that some SWP costs could be properly included, but there was no evidence to support such an inclusion.  Presumably, such costs must pass the “cost causation” and reasonableness tests summarized above.

Water Stewardship Rate.  This rate involves the cost of MWD’s local supply programs.  As such, they are water supply activities.  MWD argued that these programs saved transportation costs by deferring investments in new facilities.  Judge Karnow did not see any link to a “cost causation” regarding the provision of services through wheeling.

Dry Year Peaking.  Judge Karnow did not see the relation between dry year peaking and how those costs are included in the wheeling fee.  There was no articulated problem.

Decision Impact.  In 2014, SDCWA pays MWD an exchange fee of $445/AF.  Under the tentative ruling, SDCWA anticipates that a lawful rate would be $143/AF.

Next Steps.  The litigation continues in the spring on two remaining issues raised by SDCWA: a breach of contract claim where a 2003 agreement required MWD to set lawful rates and whether MWD properly excluded San Diego’s payments of wheeling costs when calculating San Diego’s preferential right.  If San Diego wins on the breach of contract claim, it will receive a refund from MWD for overpayments since 2011.

MWD has already announced its intention to appeal.  If the appellate court process takes a normal two years, the wheeling dispute may be settled/determined in about three years—end of 2016.  Under its 2003 agreement with the Imperial Irrigation District (“IID”), SDCWA has until 2017 to exercise its right of early termination (in 2032) if MWD wheeling rates exceed 125% of the Base Wheeling Rate, defined in the IID-SDCWA agreement, with concepts similar to those SDCWA has advocated in the litigation.