Record-breaking rainfall and flooding in the spring of 2015 led to a similar situation depressing leasing activity for 2015. The low level of activity continued in 2016, when the March-to-May rainfall totaled 200% to 300% of average for much of the valley. Only 10,359.84 AF of irrigation water changed hands over the year—less than 10% of the annual volume for 2012, the highest year on record. While forecasts projected a hotter and drier spring than usual, most of spring 2018 saw conditions near average. Water storage in Falcon and Amistad Reservoirs, however, remains low, prompting calls for conservation and driving trading. 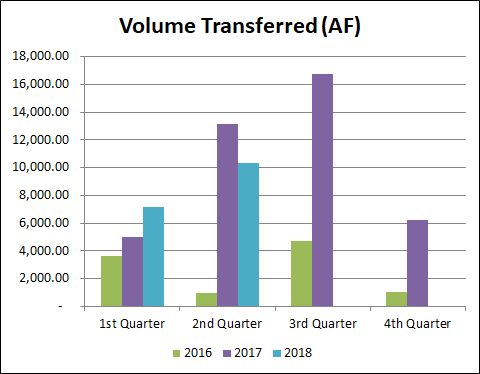 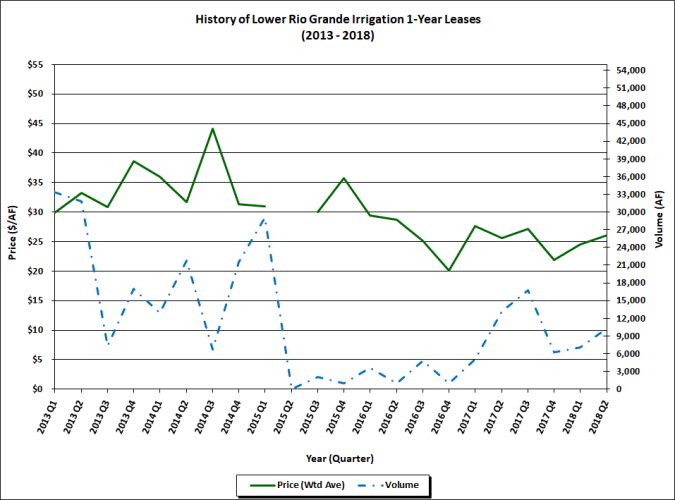 Activity for industrial use and mining is also limited. The second quarter saw one transaction for mining use. A total of 134 AF was transferred at $1,000/AF.

The region saw some unusually high precipitation levels in the early summer, but high heat and high-pressure ridge threaten to put the Lower Rio Grande Valley back into drought conditions. Expect trading to remain high.