Mother Nature is becoming increasingly generous to the Golden State.  While precipitation ran behind historic averages in October and November, a wet December has almost closed the gap (see Northern Sierra 8 Station Precipitation chart).  Based on the storms in the first of half of January, actual precipitation may soon be running ahead of historic averages. 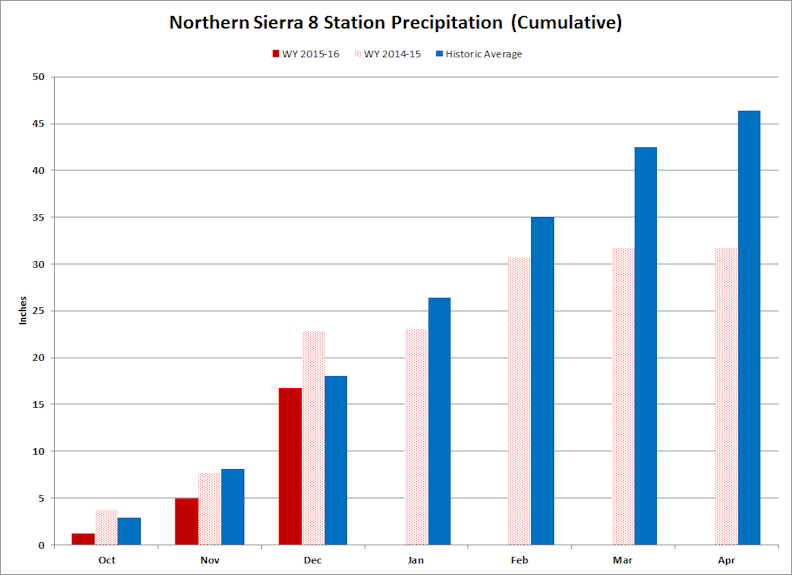 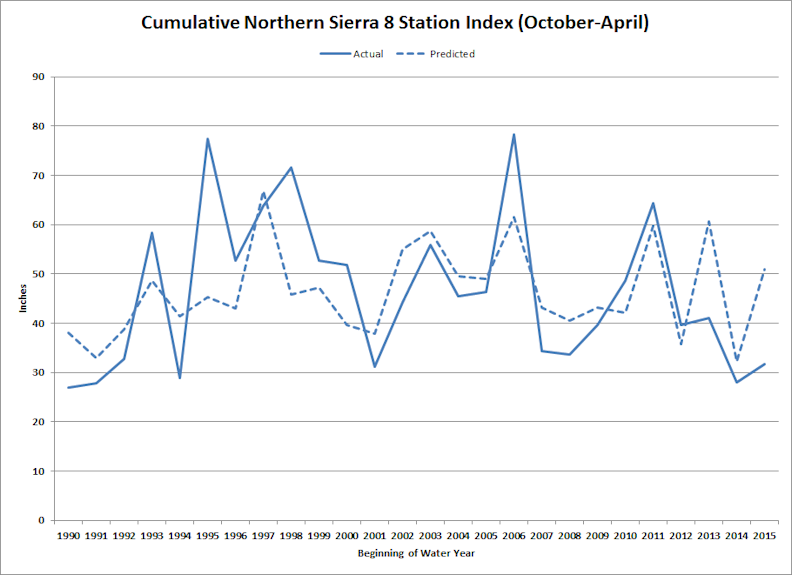 As discussed last month, there are three factors driving final SWP Allocations: amount of water in storage at Lake Oroville at the beginning of the water year (which is known), actual precipitation in October-April, and a declining trend in SWP allocations of 3 percentage points per year. 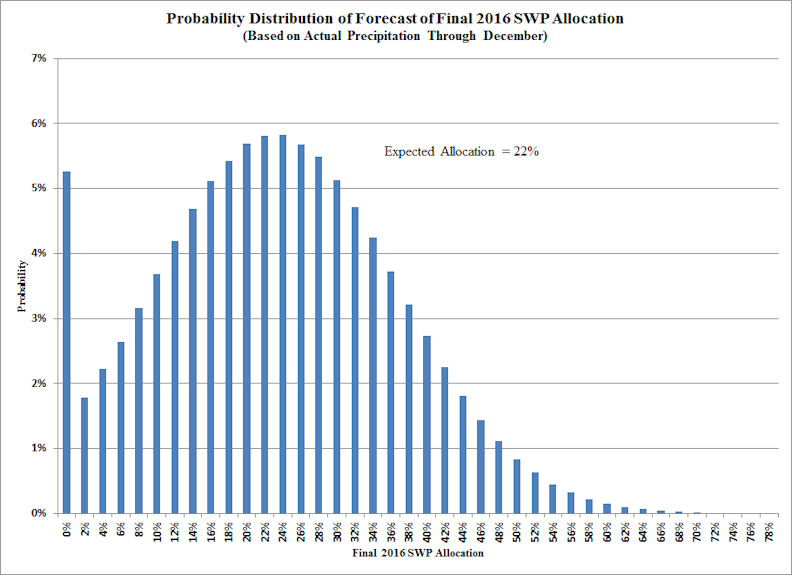 There are two wild cards to keep one’s eye on as we wait for the Department of Water Resources determination of the Final SWP Allocation for 2016.

First, there is the fickleness of Mother Nature. What will precipitation be in the coming months?  January storms portend a continuing favorable factor towards increased SWP allocations.

In the end, there is much uncertainty surrounding the outcome. JOW will update the predictions monthly for actual precipitation through April.