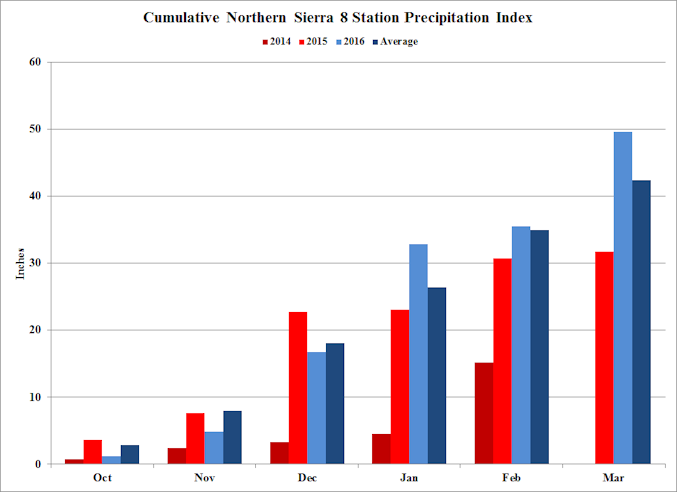 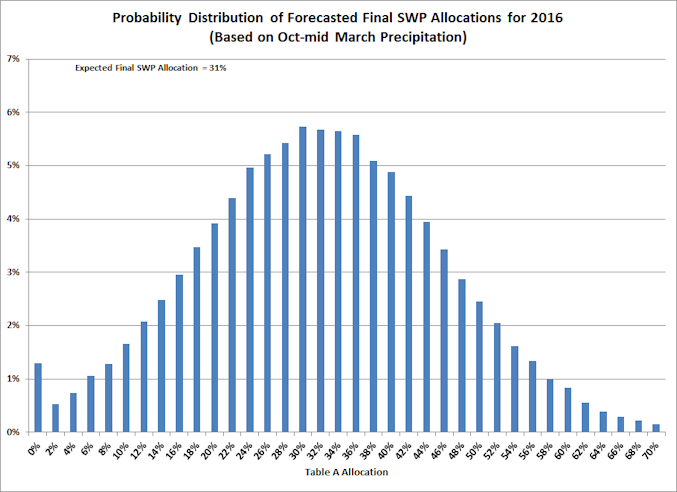 The March storms meant that DWR did not need to install a drought barrier to control salinity in the Sacramento-San Joaquin Delta.  A barrier was installed for six months in 2015 to control salinity for Delta residents and Californians dependent on Delta water.

Despite the increased SWP allocation, DWR notes that the drought has not ended.  “Although California is on track to end the winter season with near-average conditions, one such season does not compensate for four prior years of drought.  Accurately predicting whether water year 2017 will be wet, dry or average is beyond the skill of climate forecasters, and we must be prepared for the possibility of a dry 2017.  Even with reservoir levels rising, conservation is the surest and easiest way to stretch supplies.”