After reaching a peak, meeting the 1982-83 wet period at one point, the storage level in Lake Oroville, the primary storage reservoir for California State Water Project, dropped. At the end of the third quarter 2016, the reservoir held 1,618,959 AF—which is 46% of the total capacity or 74% of the historical average for that date (see chart).

March storms brought a deluge of water to Northern California nearly filling Lake Oroville, Shasta and Folsom and prompted DWR to increase the SWP allocation to 60%, exceeding the average allocation of 49% from the previous 10 years (2006-2015), but still falling below the long-term average of 69% from 1990 to current. Despite the increased SWP allocation, DWR warns that “the state’s historic drought is far from over.” The department is preparing for the possibility of a dry 2017. 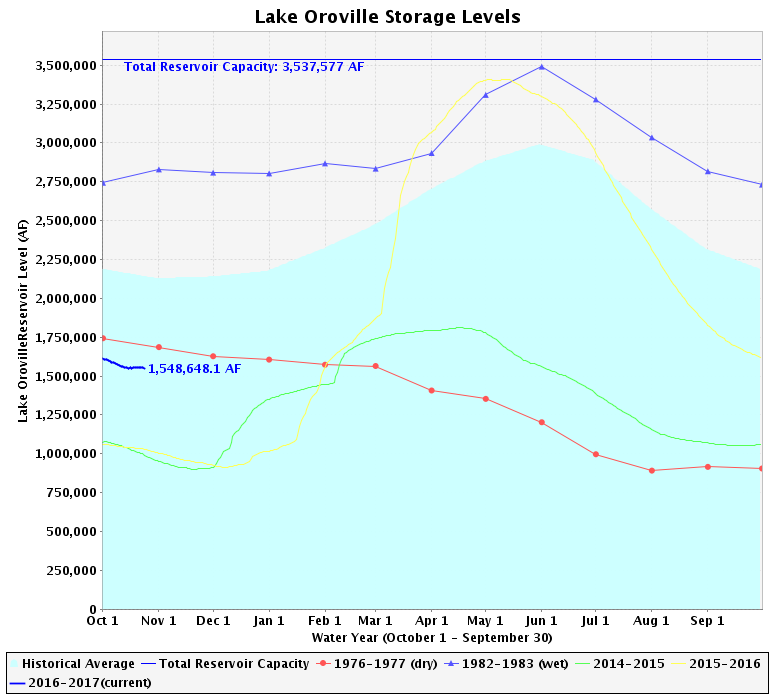