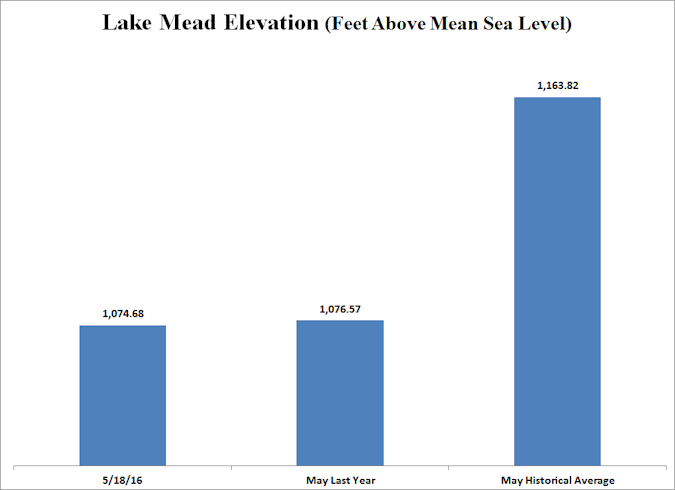 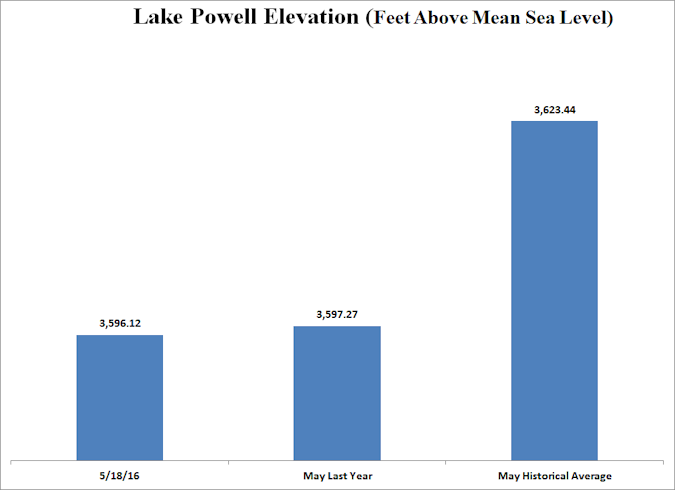 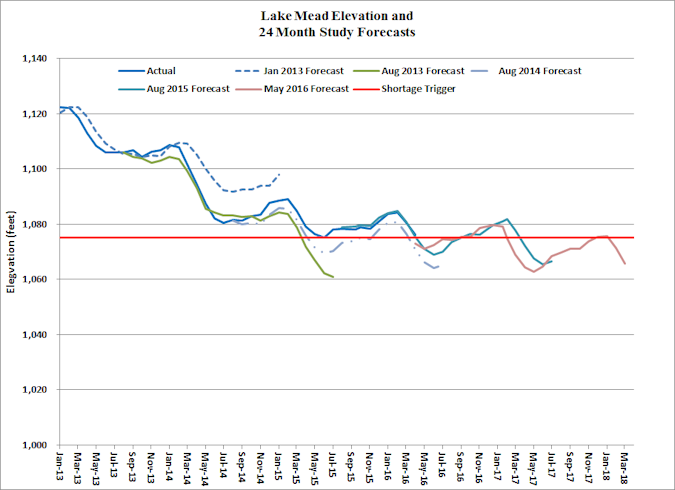 Lake Mead: The May 2016 24-Month Study projects that Lake Mead’s January 2017 elevation will be 1,079.60 feet, or 4.6 feet above the trigger elevation for a declaration of a shortage condition for 2017. The April 2016 24-Month Study projected an elevation of 1,079.84 feet. The May 2016 forecasts for Lake Mead elevations through December 2016 are slightly above the levels forecasted in April. Then they generally fall slightly below the April forecasts.

The August 2015 study forecasts that Lake Mead elevations will fall below the trigger for shortages in late spring 2016 but rebound towards the trigger for January 2017. The May 2016 projections are slightly above the August 2015 projections. Right now, the prospect for a shortage declaration in 2017 for the Colorado River Basin sits on a “knife edge.” 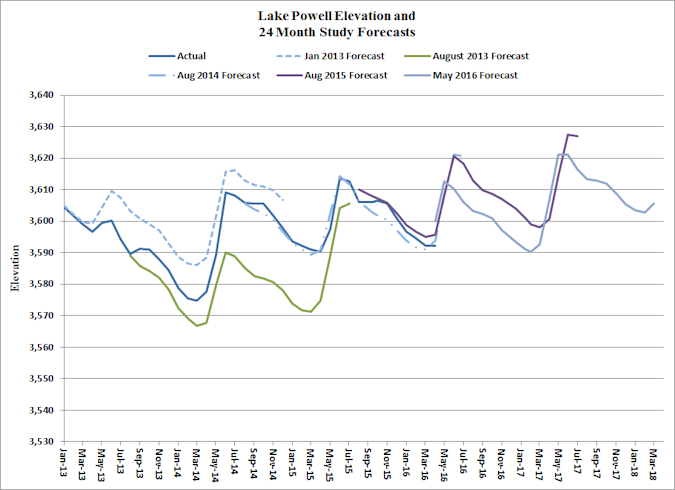 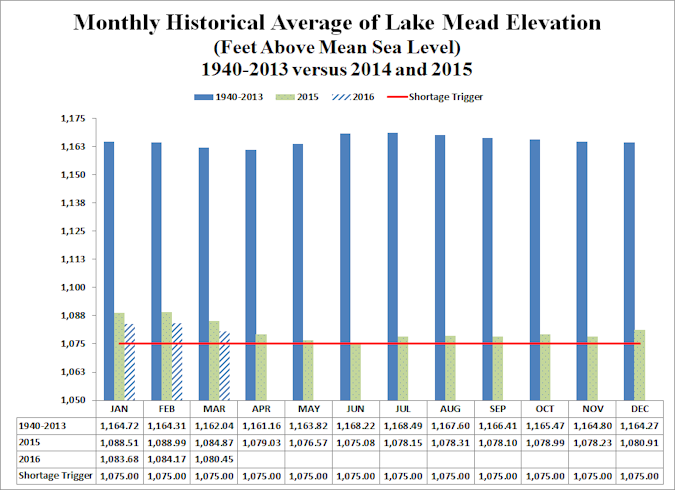 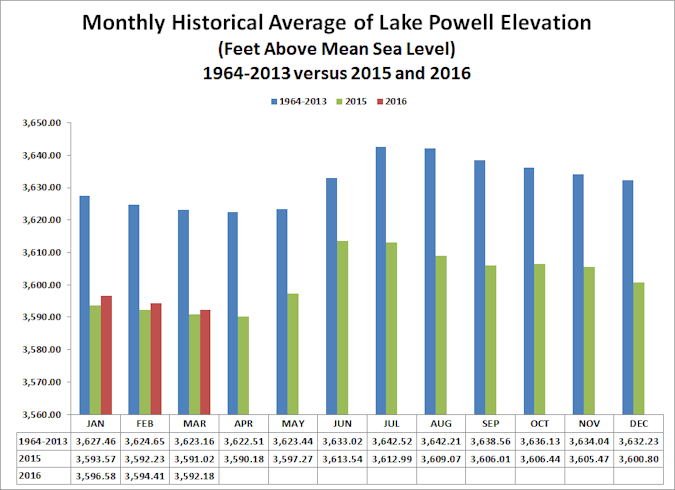 Lake Powell: Monthly elevations, which were higher in 2016 than 2015 from January through April, have fallen below the 2015 levels, but remain about 30 feet below historical monthly average elevations.