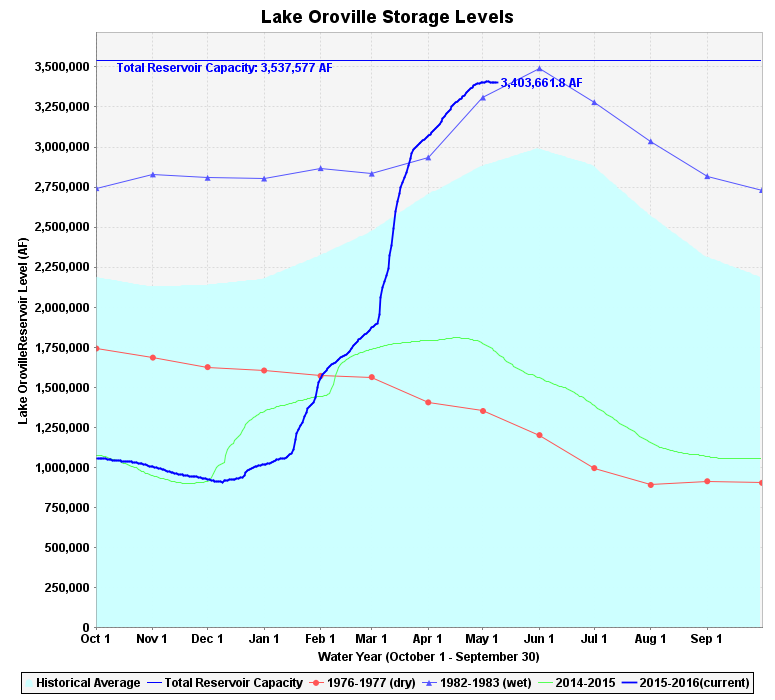 After a nearly dry February, March storms brought a deluge of water to Northern California nearly filling Lake Oroville, Shasta and Folsom and prompted DWR to increase the SWP allocation to 60%, exceeding the average allocation of 49% from the previous 10 years (2006-2015), but still falling below the long-term average of 69% from 1990 to current. Despite the increased SWP allocation, DWR warns that “the state’s historic drought is far from over.” The department is preparing for the possibility of a dry 2017.