The J-17 Well elevation increased over March and April and now sits above the historic average (see chart).

Is the recent increase enough to prevent the elevation from falling below the Stage 1 trigger this summer? 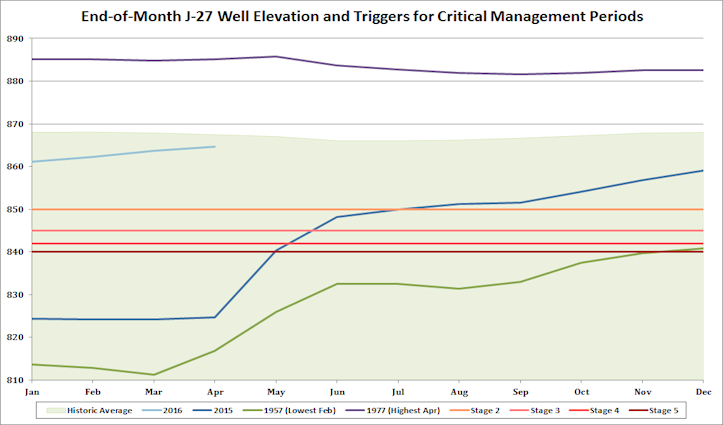 With the J-27 Well elevation still climbing, when will it meet the historical average?