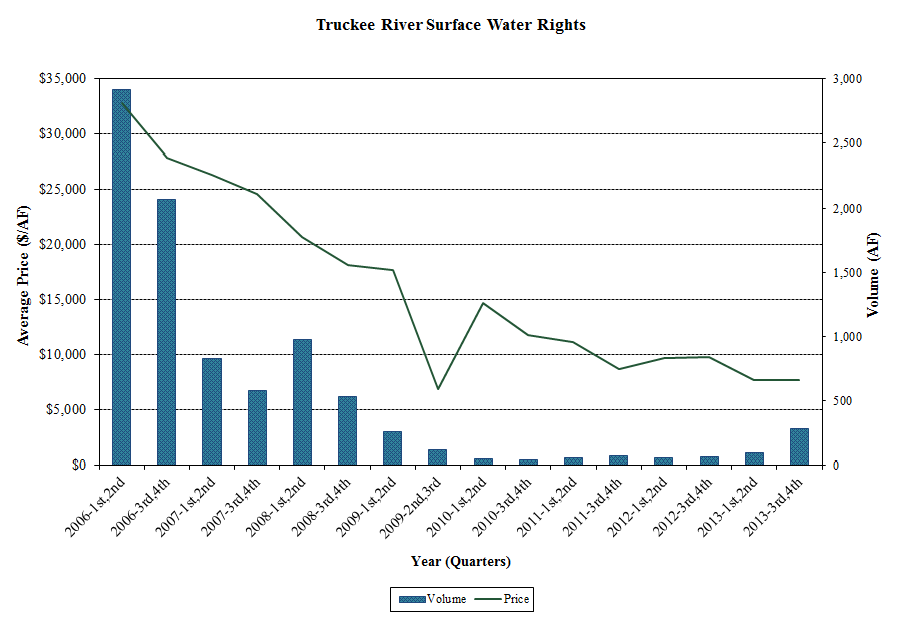 A demand for water rights driven by a growth boom ran up prices and activity in 2005 and 2006, but like with much of the west, the development market in northern Nevada receded during the economic turndown and has been recovering slowing.  Housing activity and related water rights sales are still slow.  Expect activity to remain low and prices to drop further, as indicated by a recent appraisal in the area.

Editor’s note:  This analysis was revised on 2/13/15 after receiving revised data from Truckee Meadows Water Authority.