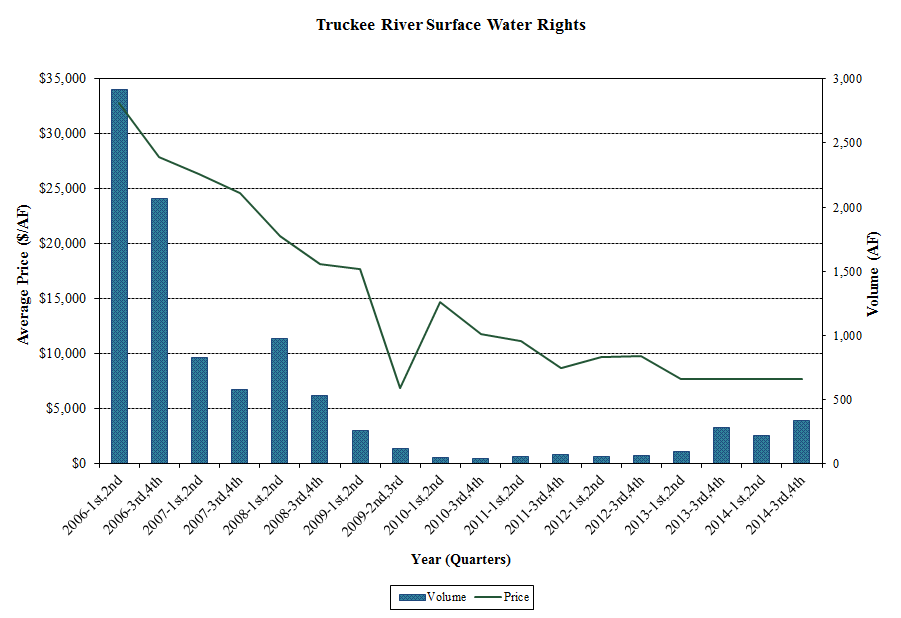 A demand for water rights driven by a growth boom ran up prices and activity in 2005 and 2006, but like with much of the west, the development market in northern Nevada receded during the economic downturn.  Will prices and activity rise signaling a return to normal?